With Change Fees Gone, Can We Fix the Rest of What's Wrong With Airline Pricing? 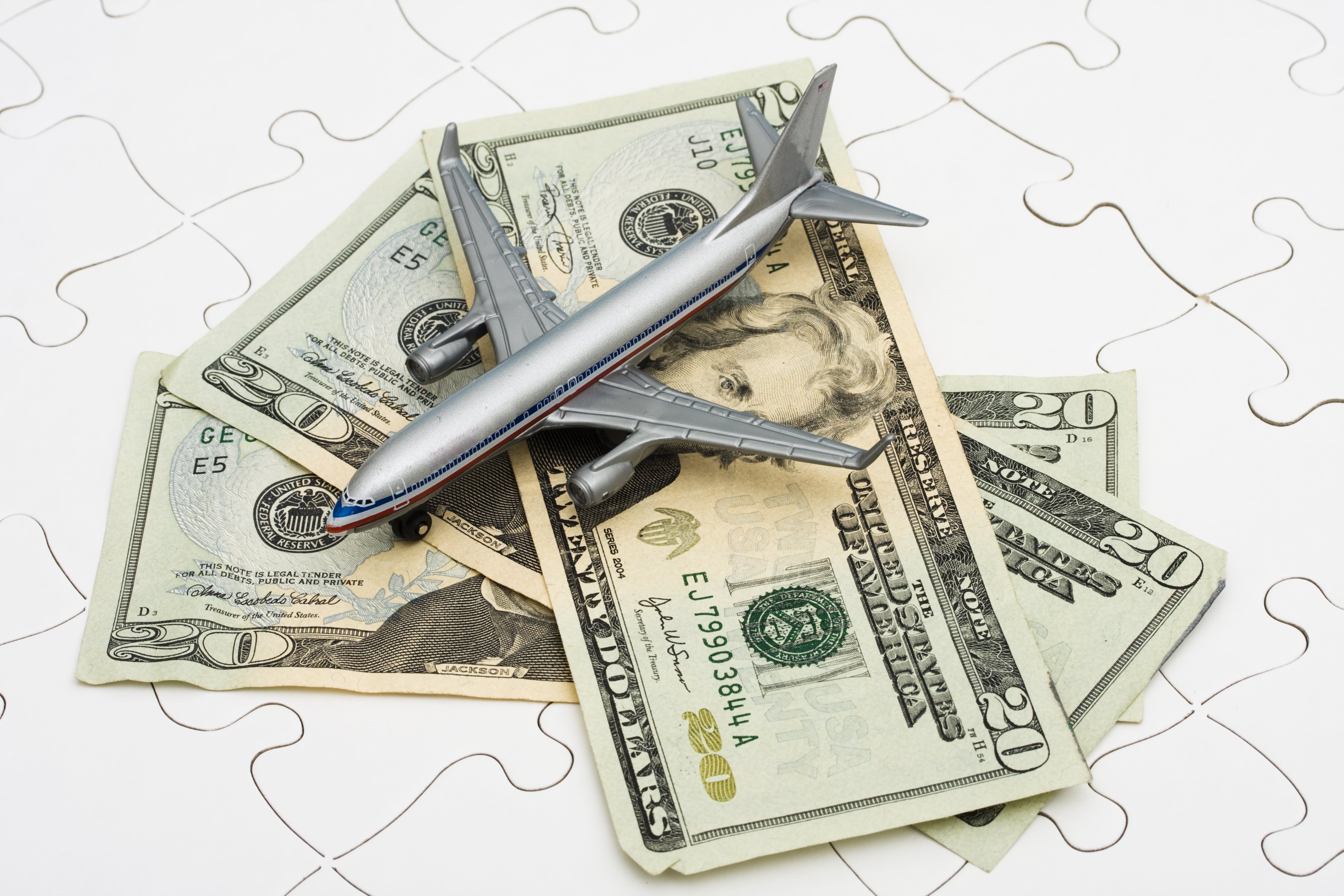 Let’s say I want to buy some milk and some cereal to make breakfast. At the supermarket, I can choose between whole milk, nonfat milk or low-fat milk, with regular and organic versions of each. And I have lots of choices of cereal like Corn Flakes, Rice Krispies or Raisin Bran (or, if my kids are involved, Lucky Charms or Froot Loops).

It makes sense to assume that I can choose any milk I want and combine it with any cereal, and when I check out I’ll just pay the price of each.

And it would be really insane if, to be 100% positive I’m getting the right price, I had to also calculate all sorts of other possibilities: like there might be a special price for low-fat, organic milk bought with raisins, so maybe that plus bran would actually get me the best deal? And after all this confusion, it would be maddening if I finally decided to choose organic nonfat milk and Corn Flakes and the store told me, “We’re sorry, we don’t offer that combination.”

You’d probably call this scenario “preposterous” but, to an airline revenue manager, the more appropriate word would be “oversimplified.” On a round-trip flight where each leg has a connection there are, by my count, 12 different ways you can “construct” that fare, and I’m probably missing some.

Calculating air fares is so complicated and requires so much computational power that most airlines in the United States outsource it to Google. When you do a search on their own websites, these airlines actually pay Google to, in real-time, help them decipher their own pricing logic!

The absurdly complicated set of constructs upon which air ticket pricing is based is a relic from another era. We often laugh about it, but at some point it stops being funny. The unnecessary complexity taxes every step in the value chain and smothers attempts to innovate. The impact eventually accrues to travelers.

We know why the system was designed this way. It came from a time when airlines were small, frequencies were sparse, brands weren’t a thing and alliances were nonexistent. Much of the complexity was built to address the fact that there often wasn’t a single airline that could get you all the way from point A to point B. Pricing didn’t have to be intuitive back then, because all inquiries were funneled through highly trained agents who spent months studying the 371-page IATA Ticketing Handbook. There were usually only a handful of options, and if it took a few minutes for the agent to check them all, no one batted an eyelash.

What we don’t know is why this system is still around. In 2020, well over 99% of itineraries can be served by a single airline or alliance. Itineraries are booked, not by experienced agents, but by travelers themselves. Searches now need to consider thousands of options, not just a few, and take into account the multiple fare brands that are offered for each flight. And no one wants to wait minutes to see their choices. We expect our results within seconds, just like anything else we shop for online.

The degree of underlying complexity that plagues the current structure cannot be overstated. In a 2007 manifesto still applicable today, the co-founder of ITA Software (which eventually became Google Flights) demonstrated that for a trip between Boston and San Francisco there were over 25 million possible fare constructions on American Airlines alone - and that was before branded fares. To try to make it easier to understand how the system works, he said, “If fares are atoms, priceable units are the molecules used to build complete tickets.” Airline pricing needs a molecular science metaphor to make it easier to understand!

It is long past time to blow up this Byzantine pricing structure and replace it with something simple and appropriate for the digital age: one-way pricing. A trip from each origin to each destination in an itinerary should be independently priced based on that origin and destination. To buy a round trip, you should simply pick a flight going out, a flight coming back, add both to the cart and pay the sum of the two prices - like virtually every other product that we buy online.

If we let go of the idea that the price of one flight might depend on which other flights are in your itinerary, we can remove billions of CPU cycles, millions of lines of code and hundreds of thousands of calls to customer service agents for ticket changes that are too complicated to automate. In doing so, we can solve real pain points:

If an airline has 40 flights one way and 40 flights coming back, the current system requires a shopping engine to calculate a fare for each of the 40 outbound flights combined with each of the 40 return flights (and, in reality, way more than that because you must consider fare breaks at connection points).

With simple one-way pricing, 40 times 40 becomes 40 plus 40 and 1,600 calculations become 80 - which would exponentially improve response times and lessen the infrastructure investments required for airlines and service providers. It’s worth noting, slow shopping response times remain a huge obstacle that is preventing “at scale” deployments of NDC.

Airlines are understandably upset when booking tools don’t show all their fare brands. But because of the complexity and arcane rules dictating which fares can be combined with which other fares, it is extremely difficult for a booking tool to both calculate and display the price for every fare brand on every flight for each direction.

There is a severe lack of trust and transparency between airlines and their customers caused in part by the lack of understanding around pricing. This lack of trust has spawned conspiracy theories like “clear your cookies” before searching for flights. There is a perception among travelers that when they inquire about changing a portion of their itinerary, the quote they get back is randomly generated. They have no clue how much they paid for the portion of their trip being canceled nor how the price of their new flight(s) is being calculated.

Related to changes, the rules are so complicated and sometimes subject to interpretation that in so many circumstances a ticket change can’t be automated. The only way to find the price is to pick up the phone, sit on hold and speak to a customer service agent. For travel agent bookings, you unbelievably often need two agents involved because the travel agent has to call an airline agent! So both the agency and the airline incur extra costs to inconvenience a traveler who would greatly prefer to make the change online.

In my corner of the universe where we build corporate booking tools, the development hours we spend dealing with air pricing complexity greatly exceeds the development hours we spend on hotels, cars, profiles, reporting, safety and duty of care features combined. Much of this effort just goes to deliver what would seem obvious and basic to the traveler - the ability to see and combine all the flight and brand options available.

Air pricing complexity sucks up resources for other TMCs, booking tools, service providers and the airlines themselves, too, crowding out investment in more innovative functionality - and ultimately putting a ceiling on what’s possible.

To be a travel consultant or even a software developer in our industry, you not only need the skills you would expect for those jobs, but you also have to be able to learn the arcane and complicated rules around air tariffs and rules and combinability. The steep learning curve increases training costs and durations and limits the entry of young people and entrepreneurs into our industry. In the process, we curtail the flow of fresh new ideas.

So what’s stopping the airlines from taking a sledgehammer to this problem and radically simplifying everything? Pricing every trip leg with a one-way fare from origin to destination would make for happier customers, front-line agents and trade partners. Yes, it would remove one tool from the yield manager arsenal, but is that tool really worth the enormous cost?

What about interlining? That’s always the favorite argument of the status-quoers. “We can’t do this really great thing that would help 99% of our customers because it wouldn’t work for the 1% who are on interline tickets.” Do we really still need interline tickets and the massive infrastructure they require? Why can’t alliance partners build truly seamless connections with each other but, otherwise, tell customers who want to fly two different airlines to simply buy two tickets? Burger King doesn’t sell Big Macs just because someone might want to buy one with their Whopper.

I’d be remiss if I didn’t state the obvious: This isn’t an original idea. In fact, everything I am ranting about today, one airline has been doing for decades: Southwest. And they’ve been the most consistently loved and consistently profitable airline for as long as I’ve been in this industry. This summer, Southwest took a page from the other major airlines’ playbook when they began full participation in a GDS. Now maybe it’s time for those other airlines to steal a page right back.

Eliminating change fees on domestic flights was a good step last week. The seemingly impenetrable wall around legacy airline pricing constructs has been cracked. Can we finally bust it wide open now?

The COVID pandemic is finally passing and you can gather face-to-face with your friends and colleagues. Meetings and...